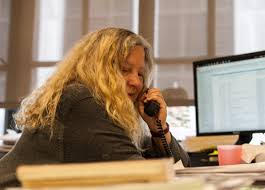 "An open seat on the bench gives the opportunity for the people of San Francisco to have someone who understands the issues facing your average person who cannot afford an attorney and who must interact with the legal system. I would like to bring my years of experience as a public interest attorney and civil litigator to the bench to increase the bench’s diversity and ensure that the gates of justice are open to all." - Cary Gold

A different kind of lawyer for the judiciary

Cary is running because she believes that our Courts need a different kind of lawyer on the bench.  Unlike so many judges, she is not a political appointee. She has never been a DA prosecutor or big downtown lawyer.  She has always represented real clients with real problems and wants to bring that experience to the courtroom.

For 30 years, Cary has been a tenants rights attorney working to prevent homelessness in San Francisco.  After leading a uniquely effective battle against wrongful evictions, she now aims to become the first tenants’ attorney on the judiciary in the State of California.

Cary discovered early on where homelessness typically begins:  in a courtroom. This happens when complex procedures and legal maneuvers overpower the typical tenant . . . even when the laws and facts support the renter!

To combat the homelessness that results from unlawful evictions, Cary founded the Eviction Defense Collaborative, a non-profit agency providing free legal help to tenants who are sued for eviction but cannot afford a lawyer to defend them in court.

Preventing homelessness through the courts

The EDC helped many tenants, but Cary saw that the problem was larger than the agency could solve on its own.  So she joined forces with the Mayor’s Office of Housing and the SF Bar Association. Now, with substantial funding, access to volunteer lawyers, and the EDC’s eviction expertise, they created the Housing Negotiation Project.

This 3-pronged approach provided a volunteer attorney to every needy tenant and small landlord caught up in an eviction action.  Cary ran the Project from 2006 to 2019 and saw the success of her plan for preventing homelessness skyrocket: in the last decade, she oversaw the pretrial settlement of more than 10,000 eviction actions.

Earning a reputation for fairness

While preventing the homelessness of thousands of SF families, Cary also managed to garner the support of landlords’ attorneys.  They saw firsthand the fairness and sensitivity she brought to the issues facing their clients as well.

In 2019, the City and County rewarded Cary’s hard work by choosing the EDC to supervise the implementing of her eviction defense efforts’ ultimate accomplishment: SF’s groundbreaking Right to Counsel in Evictions law, passed as Proposition F in 2018 and launched in July.

Setting an example for the state and the nation

As the great results of SF’s Housing Negotiation Project became known, New York City, Philadelphia, and Los Angeles County modeled their own homelessness prevention programs on it.  In July, the Christian Science Monitor looked at the housing issue in San Francisco and noted:

Landlords retain lawyers in 90% of eviction cases nationwide. Cary Gold, director of litigation and policy for the EDC, describes San Francisco’s right to counsel program as an attempt to narrow the disparity in legal assistance – and to deter property owners from booting renters under false pretenses.  “It’s now going to cost landlords to pursue those bogus evictions, so we hope they won’t start that process in the first place,” Ms. Gold says. She casts the program’s purpose as . . . about advocating for fairness. “At this point, it’s a matter of trying to keep more people and more families in their homes.”

After growing up in Ohio, Cary moved to San Francisco at 23 and never left.  She has studied, worked, and raised a family in SF’s Richmond district.  She and her husband Rob have two children, both born in San Francisco and educated in SF public schools.

The only progressive public servant in the race

Today, Cary is Director of Litigation and Policy at the Eviction Defense Collaborative.  Here, Cary oversees 9 other SF non-profits, each assisting in the provision of free legal representation to the City’s neediest residents facing eviction proceedings.

Electing an attorney to SF’s Superior Court with the vision, success, and commitment to fairness that Carolyn Gold demonstrates makes good sense for all of us still fortunate enough to call San Francisco our home.